Joseph Hubertus Pilates was born in Germany on the 10th December 1883.  Due to his own ill health from ailments such as rheumatic fever, rickets and asthma he began a journey at an early age to take charge of his own wellbeing.

As a young boy, Joseph worked for a doctor in return for access to his vast library so he could study anatomy and physiology.  By the time he was 14 he had mastered sports such as gymnastics, bodybuilding, boxing and skiing just to name a few.  His physique was so well developed that he was asked to pose for anatomical drawings.

Joseph challenged himself to a strict regime of mind and body exercise.  He studied many Eastern forms of exercise such as Yoga, Zen, various martial arts, etc. and blended them with Western techniques.  The combination of Eastern philosophies with Western concepts became the foundation of ‘the Pilates method’.

In 1912 Joseph travelled to England where he worked as a boxer, circus performer and a self-defence instructor at Scotland Yard.  Unfortunately for him during World War 1 with many other German nationals, he was captured as an “enemy alien”.  He decided to share his method with the other men and those who did his exercise program remained physically strong and kept healthy immune systems.  This earliest work is what we now know as ‘Mat Pilates’.

Impressed with Joseph’s results, as the war was ending he was transferred to the Isle of Man where he worked as a nurse/caretaker looking after men who were sick and injured.  To rehabilitate the patients he devised equipment.  The most revolutionary piece of equipment was for those who were bedridden.  He took the springs from the bed and attached them to the wall, which allowed them to begin the recovery process.  This was the pre-cursor for the Cadillac (Trapeze Table) and Universal Reformer, which are still widely used today with very little changes to Joseph’s original design.

The German Army requested his services as a trainer during the 1920’s but like many pioneers Joseph was ahead of his time and not all of his ideas were accepted by the German Army.  In 1926 he decided to immigrate to the United States and during his voyage he met Clara who later became his wife.

Joseph and Clara settled in New York and opened the infamous Pilates Studio in New York which still operates today.  In 1934 he wrote a book entitled ‘Your Health’, around this time he was discovered by actors, athletes as well as great dancers such as George Balanchine and Martha Graham who sent their dancers to him to recover from injury.  Not only did his method return them to the stage quickly but when they continued with his method it helped prevent further injury and strengthened their bodies for their craft.  His method had become more than just a way to rehabilitate someone, now it was being used to take their ability to a higher level.  Joseph passed away in 1967 by which time he had designed more than 500 specific exercises.

Find out more about the Classical Pilates Method 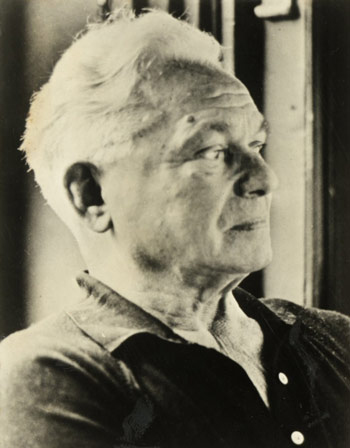 “The teachers were very engaging and knowledgeable, well worth the money”